Your Changing Climate, As Described by Your NJ Climatologist 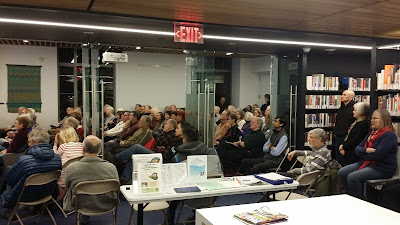 Thanks to the Mercer County Master Gardeners and the Princeton Public Library for bringing NJ's climatologist, David Robinson, to Princeton this past week.

Here are some notes from the presentation. Unlike events on climate change years ago, this one was packed, with the audience spreading out into the hall. Robinson is an excellent ambassador for the subject of climate change. As I was taught by a theater director, even the darkest subjects or emotions must be presented with some element of joy, and Robinson does that.


After the talk, an acquaintance confided that she still didn't understand the basics of how the extra CO2 got into the atmosphere, and why it is a problem. A NY Times primer on climate change explains to some extent, but still doesn't make clear that the extra carbon, now active in the atmosphere warming the earth, was previously safely stored in underground deposits of coal, oil and natural gas. Both the origins and dangers of human caused climate change have a great deal to do with storage. Coastal cities exist only because vast amounts of water are being stored in ice sheets perched on Greenland and the Antarctic. There are 220 feet of sea level rise stored in those ice sheets, and by creating warmer conditions on earth, we will steadily lose that wonderful storage service.

In this short video, the CO2 molecule comes to life to explain the situation.

Two people I've had the pleasure of interacting with in the past will be in Princeton this week. Your state climatologist (did you know you had one?) will be speaking at 7pm at the Princeton Public Library this evening, Jan. 17. And Jonathan Elbaz, a wonderful, highly talented, super knowledgeable young jazz pianist I jammed with at a dinner party a couple months ago will be performing this Friday, Jan. 19, at Salon 33, a unique performance venue worth checking out. Potluck at 7, performance at 8pm. Highly recommended. For more info and to rsvp, scroll down at this link.


David Robinson "New Jersey's Changing Climate"
The New Jersey state climatologist gives a presentation on the weather and climate of the Garden State that explores events and issues on short to long time scales.  Intended to promote an understanding of global climate variability and change, the talk will address where we have been and where New Jersey's climate may be headed. Newsroom
This special event of the Princeton Environmental Film Festival is co-sponsored by the library and Rutgers Master Gardeners of Mercer County.

Jonathan Elbaz, a recent graduate of the prestigious New England Conservatory of Music in Boston, is an aspiring yet impressive twenty-two year old jazz pianist. His talent is quickly becoming recognized, and has already landed him gigs at Dizzy's and other key venues in NYC that feature young topflight jazz musicians. Elbaz is a name to keep watching on your jazz radar. Salon 33 is pleased to host him in his home town of Princeton.Jon will present a pianistic survey of jazz from the Swing era – that is, from the late 1920s until bebop of the 1940s. While this is very much a performance concert, Jon will also engage the audience with brief introductions to the composers who made these tunes so popular in their day, notes from their lives and life context, and some funny bits here and there about the lyrics. Featured jazz musicians include Willie the Lion, Art Tatum, Fats Waller, Teddy Wilson, vocalist Billie Holiday and composer/pianist Duke Ellington, among others
Posted by Steve Hiltner No comments:

Working With Rather Than Fighting Against Nature 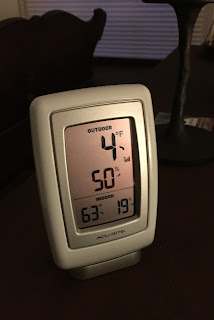 Cold nights and sunny days bring memories of the wonderful passive solar homes I've been in, warmed passively in winter by the sunlight streaming in through a bank of south-facing windows. From its low angle in the winter sky, the sun's power pours in to fill a welcoming house with its radiance and warmth. 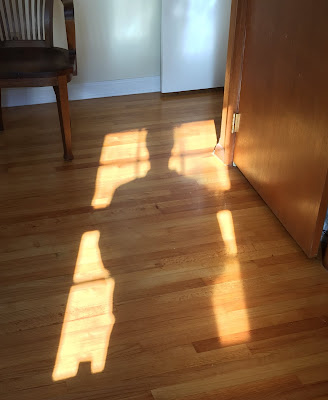 Most homes, including ours, turn a cold shoulder to the sun's winter radiance. To get a sense of how much energy is traveling all the way from the sun only to bounce futilely off the siding, stand in front of a window and feel the sun's heat on your skin. 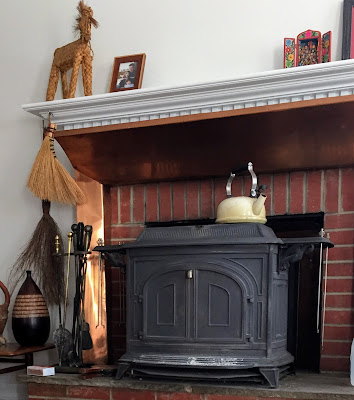 Even with most of the solar energy bouncing off the house unused, there's still canned solar energy in the form of wood foraged locally for the stove. Along with the solar energy streaming through the windows, and one of those really comfortable, lightweight Patagonia coats, it's possible to give the gas furnace a break, and thereby contribute a little less to the radicalization of weather.

A wood stove and a sunny south-facing window are like the Victory Gardens of the Second World War. Back then, people became producers, e.g. of food, and minimized their consumption of energy in order to make more available for the war effort. Now, the aim is simply to use less of the unethical energy that permeates our economy--unethical in the sense that present comfort contributes to future discomfort. It sometimes feels like another war needs to be fought, this time against climate change, a self-produced enemy, perhaps the most dangerous of them all. As wars go, it has the advantage that no one need die to win it. But wars aren't as galvanizing as they used to be. Maybe it's time not to make war but to end it, to end the largely inadvertent war on nature. The Third World War, it turns out, is a war not on other nations but on the world itself, waged everyday as collateral damage from our seemingly peaceful lifestyles. We end it by working with nature rather than against it. 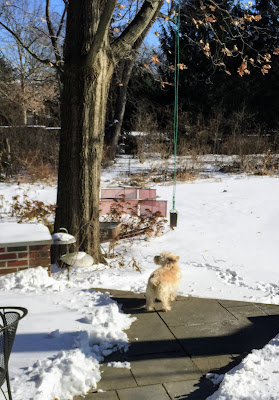 Our dog is responding to the frigid weather not with worldly thoughts but by opting out of walks, and going out each morning to bark at the cold, as if it were intruding on his territory. 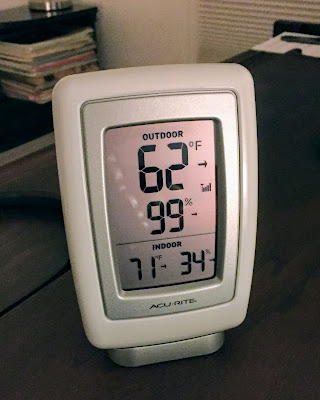 Several days later, the barking seems to have worked all too well. Strange cold is replaced by strange heat, much as the drought-enhanced wildfires in Californian have segued to downpour and mudslides. Weather is stretched to extremes, and calls to work with nature seem to arise from a strangely peripheral AsIf world--a dreamed of realm where people think and act as if the future mattered.
Posted by Steve Hiltner No comments: