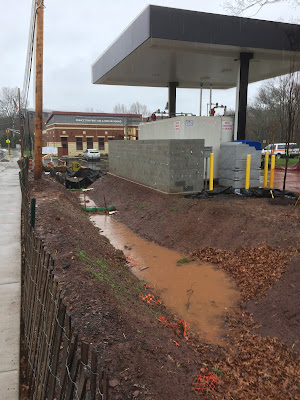 The job of a raingarden is to receive, slow down and filter runoff before it enters a watershed. The runoff also serves to sustain whatever's planted in the raingarden.

Oftentimes, however, raingardens are installed without checking if the water that hits surrounding pavement is actually flowing into the raingarden. That runoff becomes particularly important for sustaining the vegetation since Princeton removed the roof that was built over the fuel station, due to neighbor complaints about its appearance. Where does the water that used to hit the roof now flow? 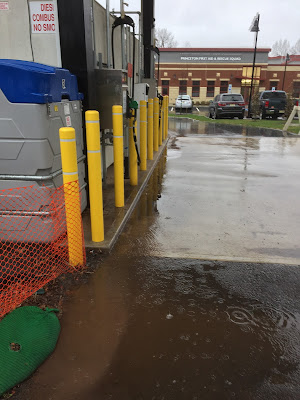 Checking that requires some counterintuitive behavior, i.e. visiting the site during a rainstorm when logically one would stay indoors. Understanding the water flow takes timing, patience, and careful observation.

A recent visit suggests that though the sidewalk runoff may flow to the raingarden, runoff from the pavement flows towards the new fire station, 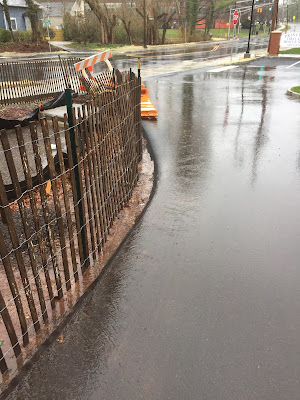 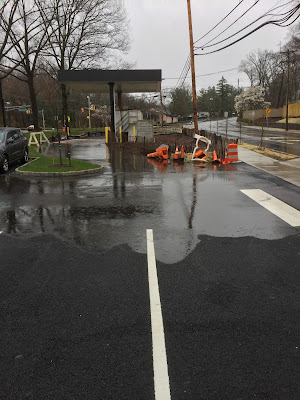 and into the fire station parking lot, largely bypassing the raingarden. 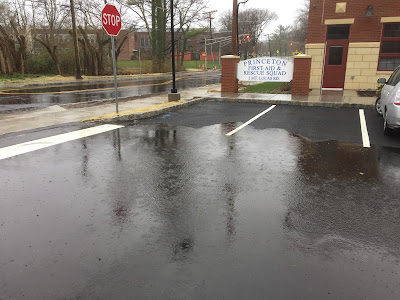 It puddles a couple inches deep, 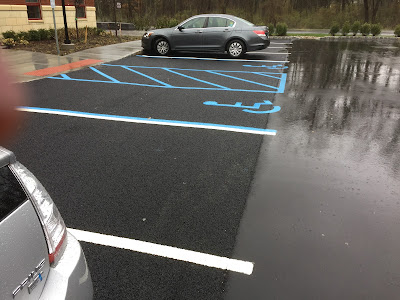 then flows towards 206. Note the darker pavement on the left, which suggests that the parking lot is partially porous pavement, partially not. 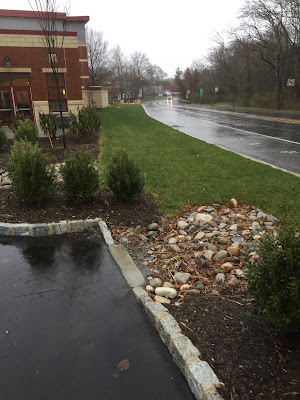 The water then flows out of the parking lot and down a long grassy swale next to the road, 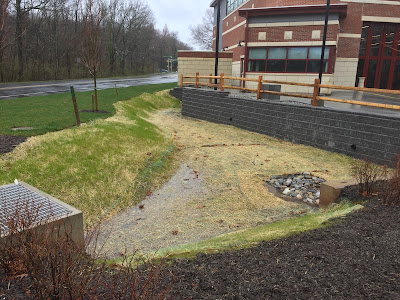 to another raingarden of sorts, before heading in a pipe under 206 and into Pettoranello Gardens, becoming part of Mountain Brook. 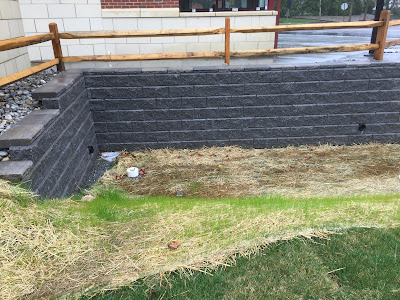 Note the two holes in the wall here, which had nothing flowing out of them even though there was still some rain. Hopefully the fire station's drainage system was checked to make sure water is flowing where it should.

Raingardens are wonderful planting opportunities, given the many species that appreciate the sunlight and periodic pulses of water that a raingarden provides. But if the raingarden isn't actually getting the runoff, the plantings may not survive, and the runoff won't be cleaned. 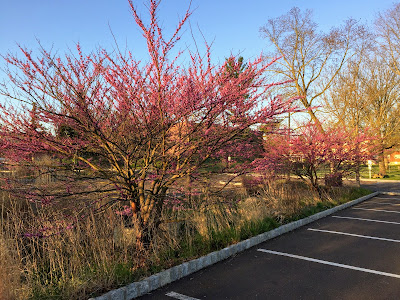 Redbuds bloom in a similar raingarden at Westminster Choir College that I adopted. Once the proper drainage is in place, the next question is who will maintain the plantings, given that nearly all maintenance crews are of the mow, blow, and go variety.

Email ThisBlogThis!Share to TwitterShare to FacebookShare to Pinterest
Labels: raingardens