Another Tricycle Saved From Oblivion

This story picks up where the children's story, The Little Engine That Could, leaves off. How to keep all those toys for little girls and boys from a premature trip to the landfill? 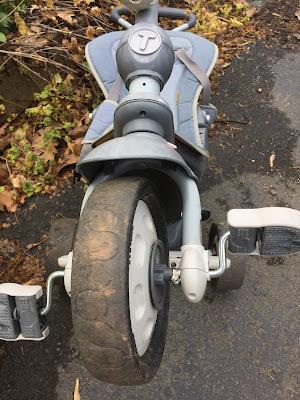 When a tricycle is put on the curb for trash pickup, the first step in saving it from the landfill and giving it a new life is to figure out why it's being thrown away. Maybe the kids outgrew it, in which case it's simply a matter of finding it a new home. Or maybe there's some small issue that made it no longer useful. 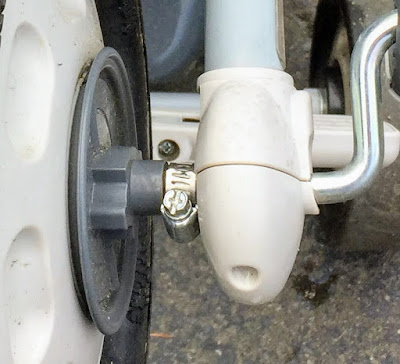 This one was easy. A plastic disk on the front wheel would slip out of place, so that the pedals no longer made the wheel turn. All that was needed was some sort of sleeve to hold the plastic disk in place. I happened to have a little screw clamp thingamajig in the basement workshop that worked perfectly. 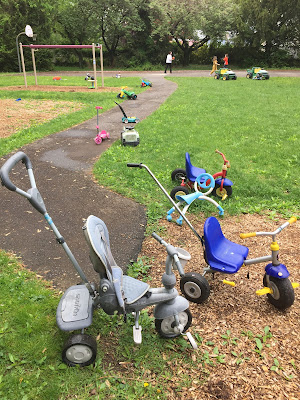 Functional once again, the tricycle joined a surprisingly large population of similar trikes enjoying a second life in the little pocket park beyond our backyard.
Posted by Steve Hiltner