Sometimes, the world exhibits self-repairing qualities. Most recently at our house, a laptop and a garbage disposal stopped working, then miraculously started working again days later. The power of procrastination!

These mysterious self-repairing qualities may well have been at work in the TV showrooms out on Route 1, where a problem I identified two years ago has been solved without the need of personal intervention.

When we bought our flatscreen TV a couple years ago, the energy-efficient LED TVs were a minority at BestBuy, with plasma and LCDs dominating. It was annoying (a word so frequently used by my teenage daughter that I've started using it, too) that the displays at that time offered no information about energy use, and the salesmen were clueless. I took a Kill-a-Watt meter along on my next visit, and did some measurements. The LEDs were the most efficient, the LCDs less so, and the plasmas were the biggest energy hogs. 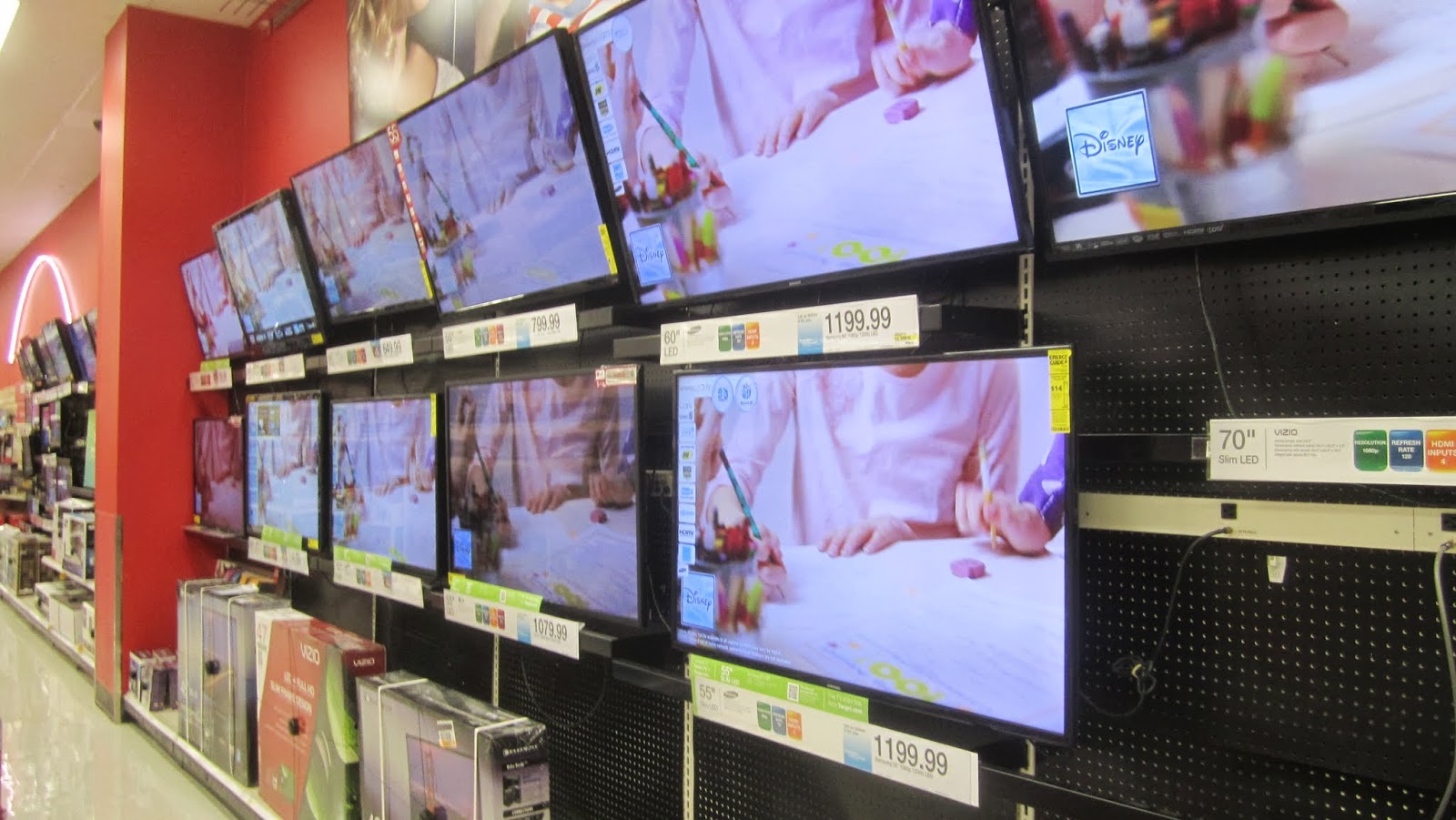 Since then, I've occasionally thought of launching a campaign to get energy info into the display rooms, so customers could factor energy use into their choice of TV. After meeting a camera salesman at Best Buy who seemed very progressive in his views, I decided to stop in and see if he might be an ally for my proposal. (Photo's actually of Target, where I happened to have my camera).

Turned out the problem has already been solved. LEDs have taken over the market. LCDs are nearly gone, and just a few plasmas are still being sold to those who want its slightly superior image quality. I was told that OLEDs, a new form of LED that combines the best aspects of LED and plasma, is now becoming available--in short supply and expensive, but all that can quickly change in the electronics world. 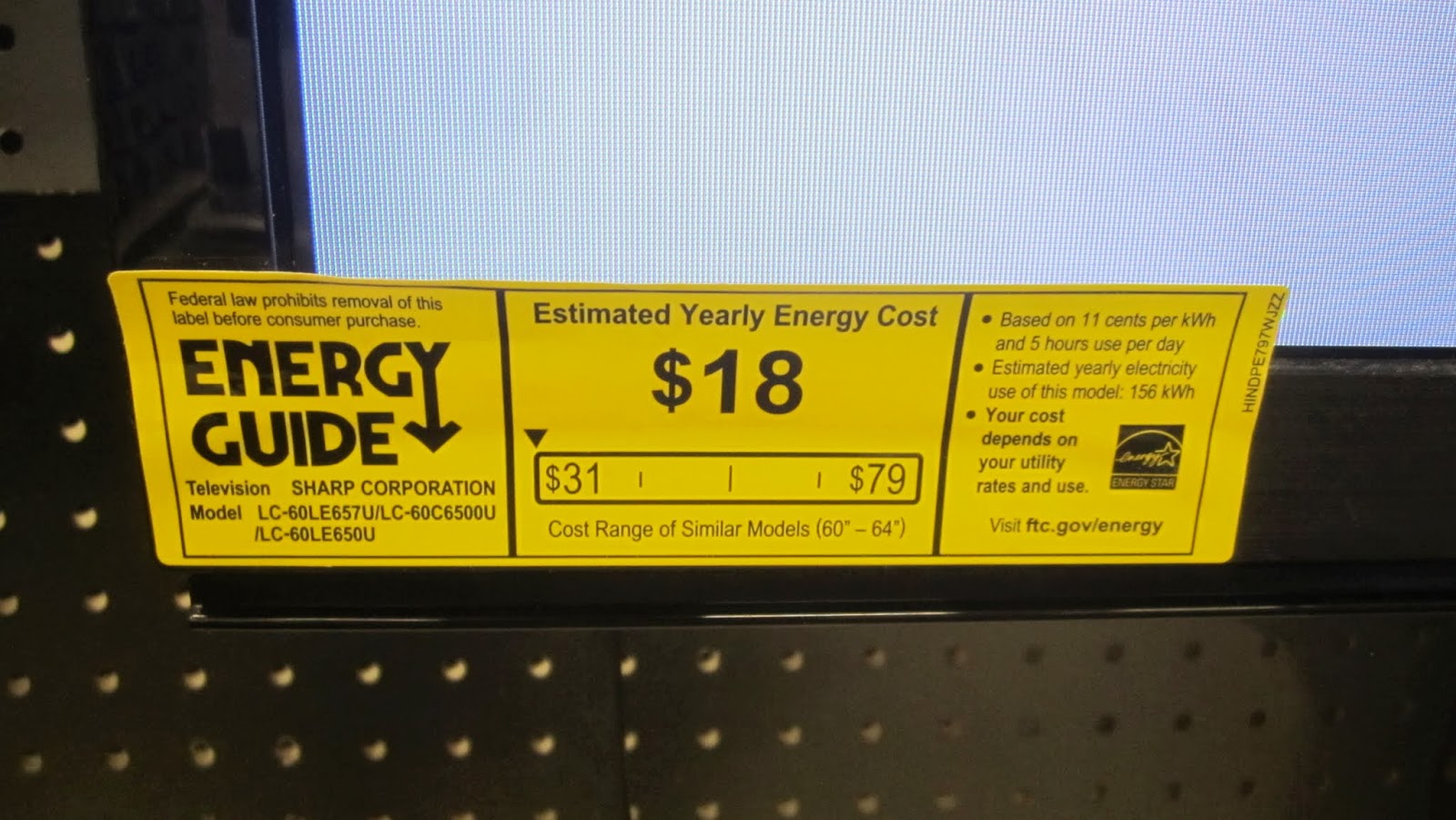 Furthermore, each display TV is now tagged with energy usage, with the few remaining plasmas consuming twice as much as the now dominant LEDs. Job done! That was easy. I wish all problems could be solved by doing nothing for two years and then checking back.

One question is whether the Energy Guide labeling hastened the ascendancy of energy-efficient LEDs, or if increasing efficiency of the TVs made stores realize that they now had something to brag about.

Some more info on recycling old TVs at Best Buy: They accept the old style TVs up to 32" screen size, as long as the TV is intact (TVs put out on the curb often are broken into to take the copper coil behind the picture tube). They accept all sizes of flat screens.