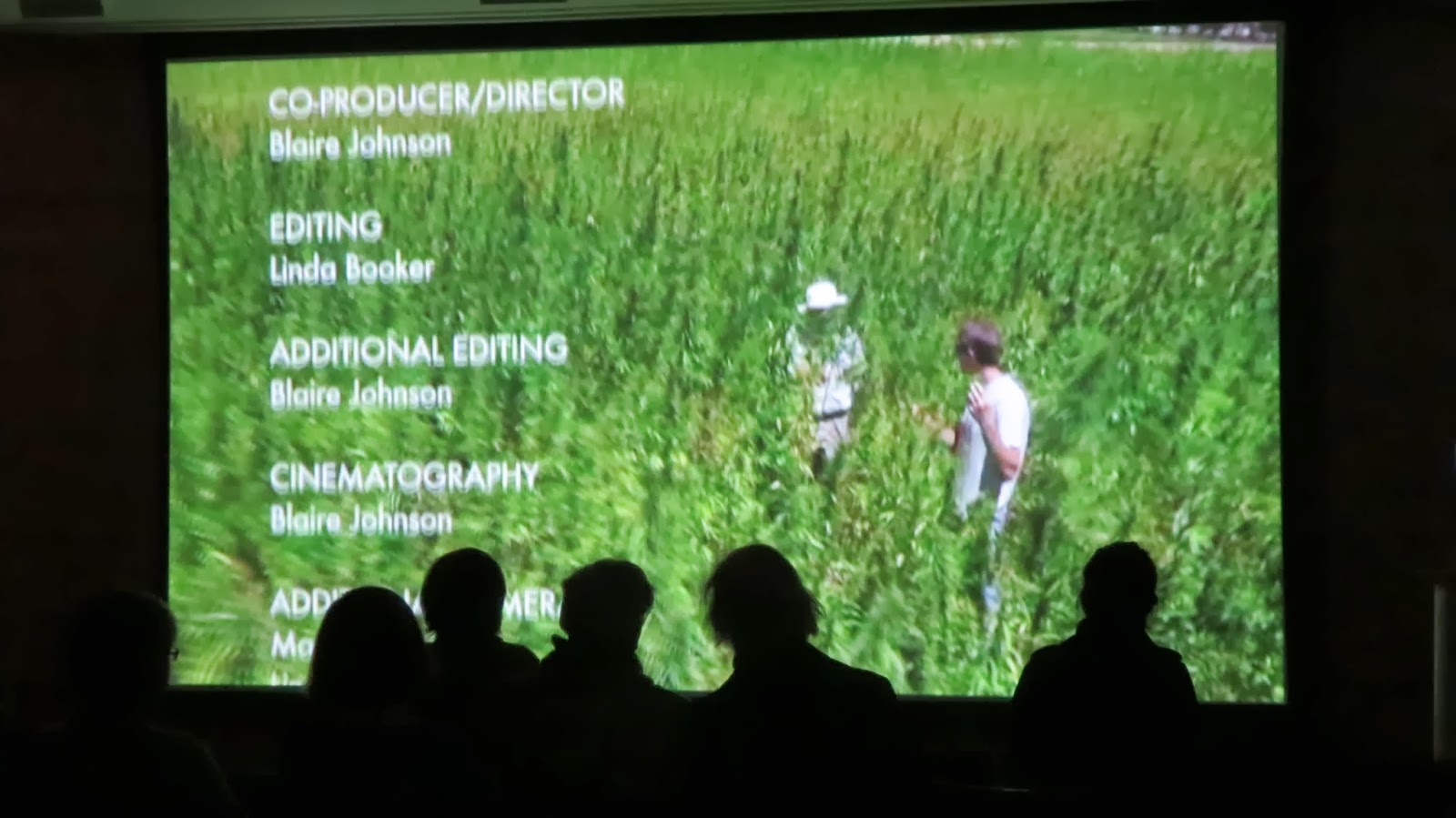 Though the crowd was relatively sparse for a noontime showing Friday of the film "Bringing It Home" at the Princeton Environmental Film Festival, that just left more floorspace for my jaw to occupy. The title refers to the extended exile from the U.S. of a farm crop that puts all our current ones to shame.

If hemp were a character in a movie, it would be a superhero, with talents beyond all others. In fact, it would be a whole family of "supers", like the multi-talented bunch in the 2004 movie The Incredibles. Want to get your omega 3s from vegetables rather than the overfished oceans? Hemp swoops in with the healthy oil made from its seeds. Want a "carbon negative" building material and home insulation that's less noxious to work with than fiberglass? Hemp is there for you, with "hempcrete", batten insulation and fiberboard. Clothing? Hemp's got it covered, needing less water and fertilizer to grow than cotton. Want to fight against pesticide use? Hemp again comes up super, naturally deterring pests and growing so tall and dense in the field that weeds don't have a chance. And of course, any super plant worth the name will leave the soil healthier than when it was planted. Hemp's deep root system does the job.

So, if hemp is so super, where is it? Why don't we see it growing in the farmers' fields? Why are its products limited to health food stores? Well, like the Incredibles, even though it was working miracles, long supplying fiber for paper and sails, and then coming through big time with rope and military uniforms during World War II, people complained about some collateral damage. The federal government forced it into exile, to live a quiet domestic life in Europe, Britain and Canada. It's illegal to grow in the U.S. without a permit, which turns out to be nearly impossible to get.

Hemp's banishment, one could say, was one big misunderstanding. People said it had a drug problem, but it wasn't hemp that had the problem, it was its equally brilliant but troubled sibling, marijuana. Okay, they're the same species, but hemp has essentially no THC, while marijuana is loaded. There are about a dozen grown varieties of industrial hemp, readily identifiable by inspectors. Hemp looks similar enough to marijuana, however, that a decision was made to banish both. The result of this criminalization of a super plant has been the huge cost of the failed drug war--prisons bulging, budgets draining, lives losing, developing countries destabilizing--and a loss to the public of tax revenue and the countless benefits of hemp's long and able service to mankind.

Now, it seems, hemp's black sheep sibling, after living a long, covert life on the street, somehow got into medical school and is making a comeback as a legit medication for chronic pain relief. Dr. Marijuana is now practicing in twenty states, filling medical needs while providing states with revenue and the chance to regulate rather than criminalize its use.

Could marijuana and its reformed image be the gateway not for harder drugs but for the return of its decidedly straight-laced sibling hemp? If so, hemp will return to a country in dire need of its heroic services. Carbon dioxide is seeping out of every pesticide and concrete plant, out of every pump keeping the cotton fields watered. Our diets are begging for its nutrition. Our farmers need its productivity.

I mean, come on, how many plants out there provide medicine, nutrition, clothing, housing, and the paper to sing its praises? Drafts of the Declaration of Independence, singing freedom's praises, were written on hemp paper. Let's free this "super" from legislative tyranny, so it can finally come home.
Posted by Steve Hiltner