65 Things -- When the Library Became a Living Internet 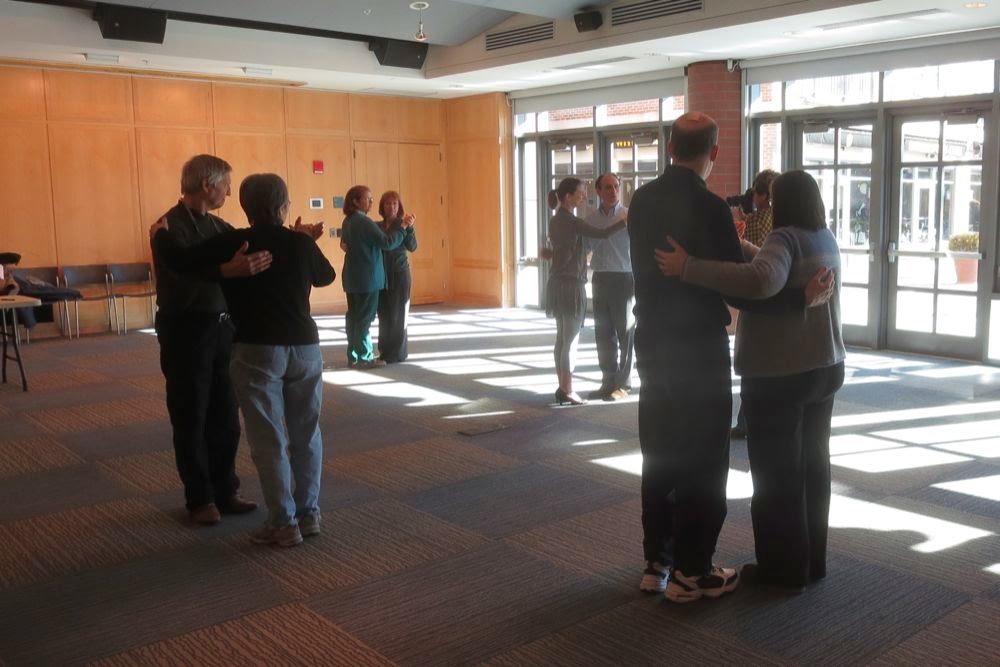 Could a committee have come up with such a great idea? If so, then it's time to rethink our stereotypes about committees. For five hours last Saturday, Jan. 10, during "65 Things @ 65 Witherspoon", the library became a living internet with live tutorials on an outrageously diverse spread of subjects. This was not the internet of annoying pop-up windows or dubious claims, but the internet that has become a channel for human generosity, a massive sharing of know-how and experience. I first became aware of this incredible outpouring of generosity when I wanted to learn to play guitar. Just an internet search away stood thousands of video tutorials showing how to play every tune and finger every note. 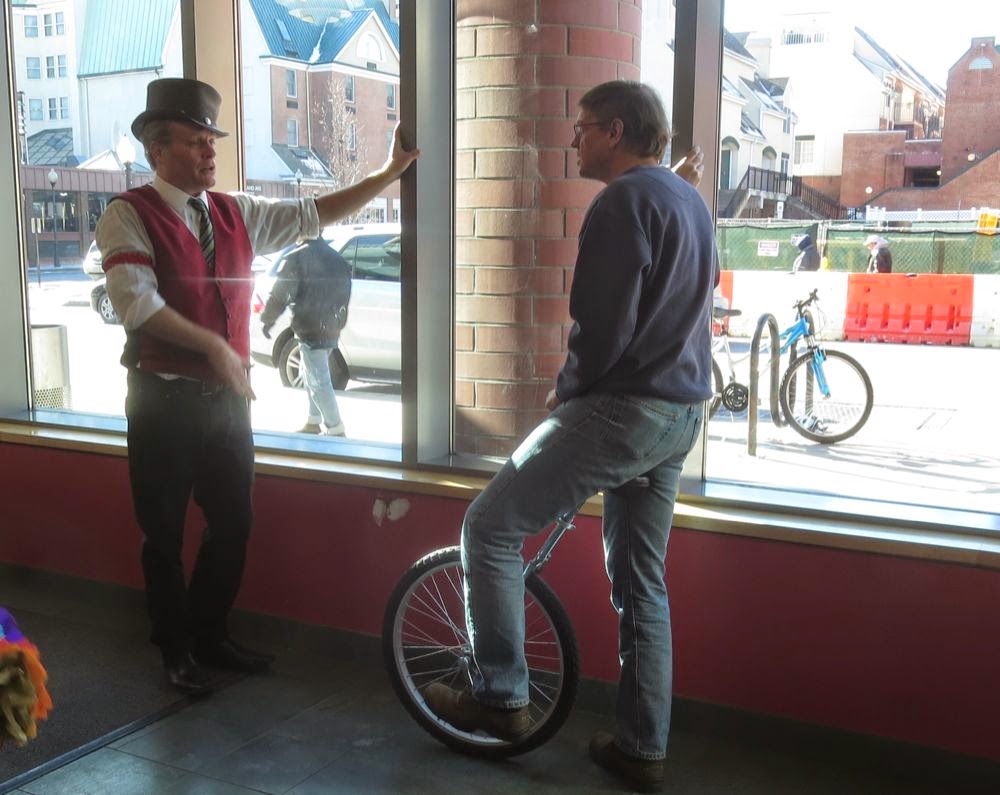 At the library's learnathon, each tutorial lasted about a half hour, with subjects constantly changing. Walk in the front door and a magician was explaining how to mount a unicycle. A few steps further in, there was a demonstration of face painting, and then beyond that, a woman providing a tutorial in singing, while all were invited to join a drum circle forming in the library's community room. Already in the archive of memory from earlier in the day were tango lessons, and a how-to on creating picture albums. 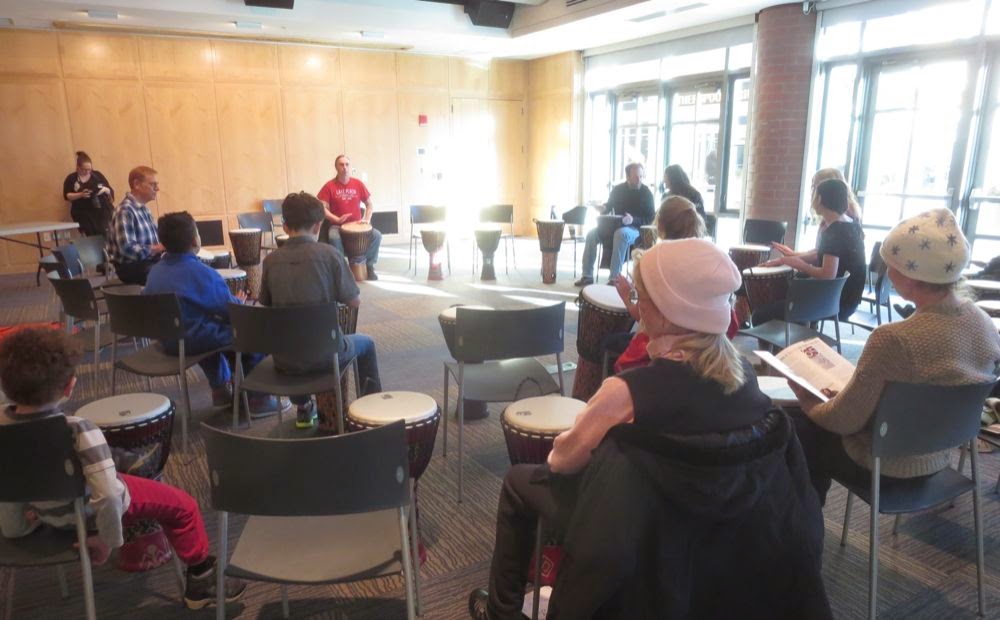 My contribution was a demonstration of a Kill-a-Watt meter--a device available for checkout at the library that you can use to measure how much energy this or that item uses in the house. I began with comparing light bulbs. An old-style incandescent used 60 watts, a compact fluorescent used 14, and the latest technology, an LED, provided the same amount of light while using just 9 watts. The LEDs have come way down in price at the big box hardware stores, last for decades, and provide quality light.

Then I plugged a small fan into the Kill a Watt meter, which read 20 watts. Electricity is great for running motors. Our newer frontload washing machine, for instance, if used with detergents formulated to perform best in cold water, uses very little energy. Then I plugged in an air dryer and asked for estimates. 50 watts? 100? The hair dryer uses 1300 watts--the big jump being due to the extreme inefficiency of electricity when it comes to generating radiant heat. Things like toasters and hair dryers fortunately are used only in short bursts. An electric clothesdryer, however, can be on for an hour, while steadily consuming 4000 watts of energy during that time.

To measure a clothesdryer's energy use, it's necessary to have a whole house energy meter, which can cost a couple hundred dollars but is worth considering. Getting immediate feedback on energy use makes much more real the consumption that is otherwise hidden in a monthly bill with lots of small print. It led us to get clothes racks and use the clothesdryer only occasionally. 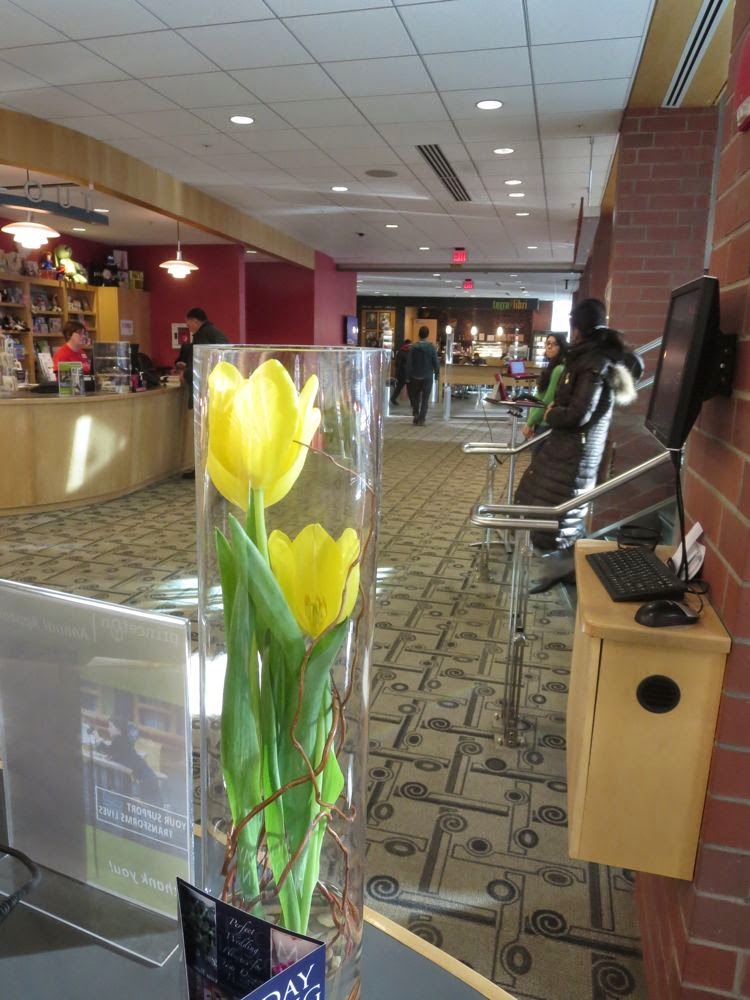 65 Things vanished as quickly as it appeared. The next day, only the demonstrations of flower arranging remained to hint at what had been.