Chances are, this trash would have ended up in Carnegie Lake; might even have continued downstream and out into the ocean to join those massive gyres of plastic we hear about. But something filtered it out before it could get into the local waterways. 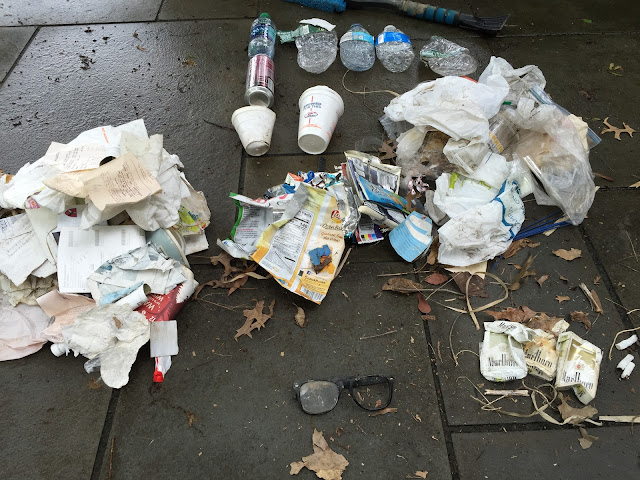 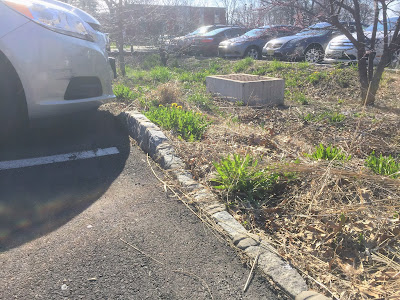 That something is a raingarden, in this case the two raingardens I've "adopted" at Westminster Choir College. You can see how the curb dips down to allow water to enter from the pavement.

People think of raingardens as plantings that reduce flooding, feed pollinators, and filter pollutants out of stormwater, but they also serve to protect waterways from trash. 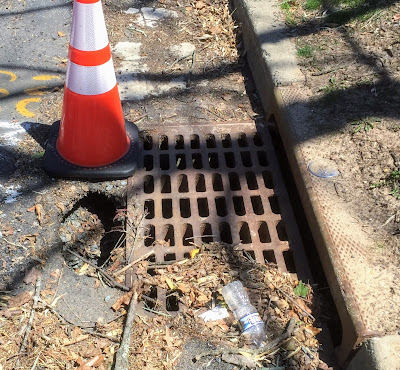 Here's the typical stormdrain along the edge of a town street. A plastic water bottle and other small bits of trash, along with the nutrients in the leaves, stand poised to enter the stormdrain that will carry them down to Harry's Brook, then on to Carnegie Lake. Most storm drains have openings large enough to allow plastic bottles and other trash through. An additional issue, as can be seen in the photo, is that the asphalt around stormdrains eventually breaks down, requiring repair. Many stormdrains around town show signs of being patched multiple times in the past--a time-consuming, labor intensive proposition. 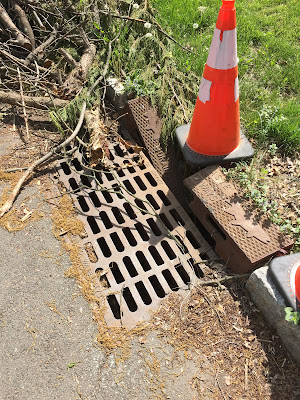 Here's another broken stormdrain. Not the most flattering depiction. Most are in good condition, and they certainly are a compact way to get rid of stormwater, but they essentially convey the problems of trash and nutrient pollution "down the pipe", for downstream aquatic life to deal with. 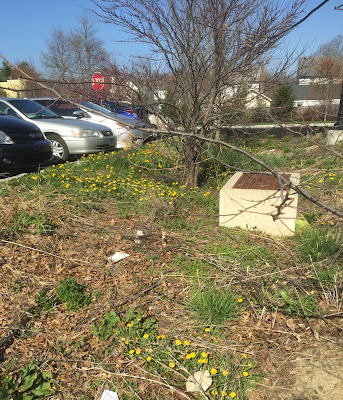 The raingarden, by contrast, traps the problems at the source, protecting the local waterways. Somehow, this fact didn't sink in for me until I found myself picking up the trash while doing some weeding. I was essentially cleaning a runoff filter, like one might clean the lint filter in a clothesdryer. That concrete structure in the photo is the drain. Water rarely if ever rises high enough to flow into it, seeping instead into the soil.

The photo, taken in the spring, doesn't show the raingarden at its aesthetic best. The native plants planted here are warm-season species that don't grow up and fill in until the beginning of summer. Below is a more flattering example of a wetland planting with species that get going early in spring, 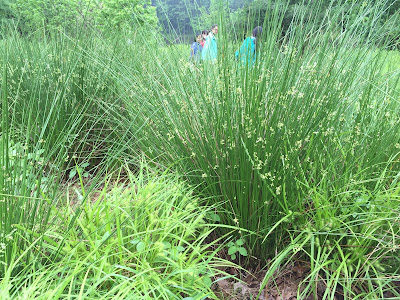 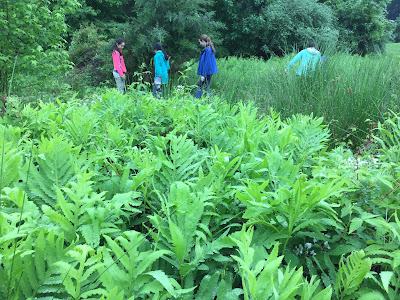 The lush growth owes to the more stable supply of water from the seepage slope, while a streetscape planting will have greater extremes of dry and wet.
Posted by Steve Hiltner