An enduring mystery of home maintenance is what prompts one to suddenly attend to something that had long been ably ignored. It took four months of winterish weather for me to finally wonder why I hadn't heard the pump periodically cycle on down in the basement. It's not a sump pump, but instead a small water pump that's part of a humidifier designed to feed moisture into the warm air that comes from the furnace.

Maybe the turning point was waking up from sleep one time too many, feeling dried out from someone leaving the heat up too high. Or maybe it was the Academy Awards the night before, and the powerful rendition of "I Dreamed a Dream" from Les Miserable, which may have reminded me of it's author, Victor Hugo, who spent several pages of the book rhapsodizing about the sewers of Paris, which could then have unconsciously triggered a descent into the basement the next day, en-couraged by Jean Valjean's brave voice replaying in my mind,

to suddenly discover in the labyrinthine tangle of heating ducts that, 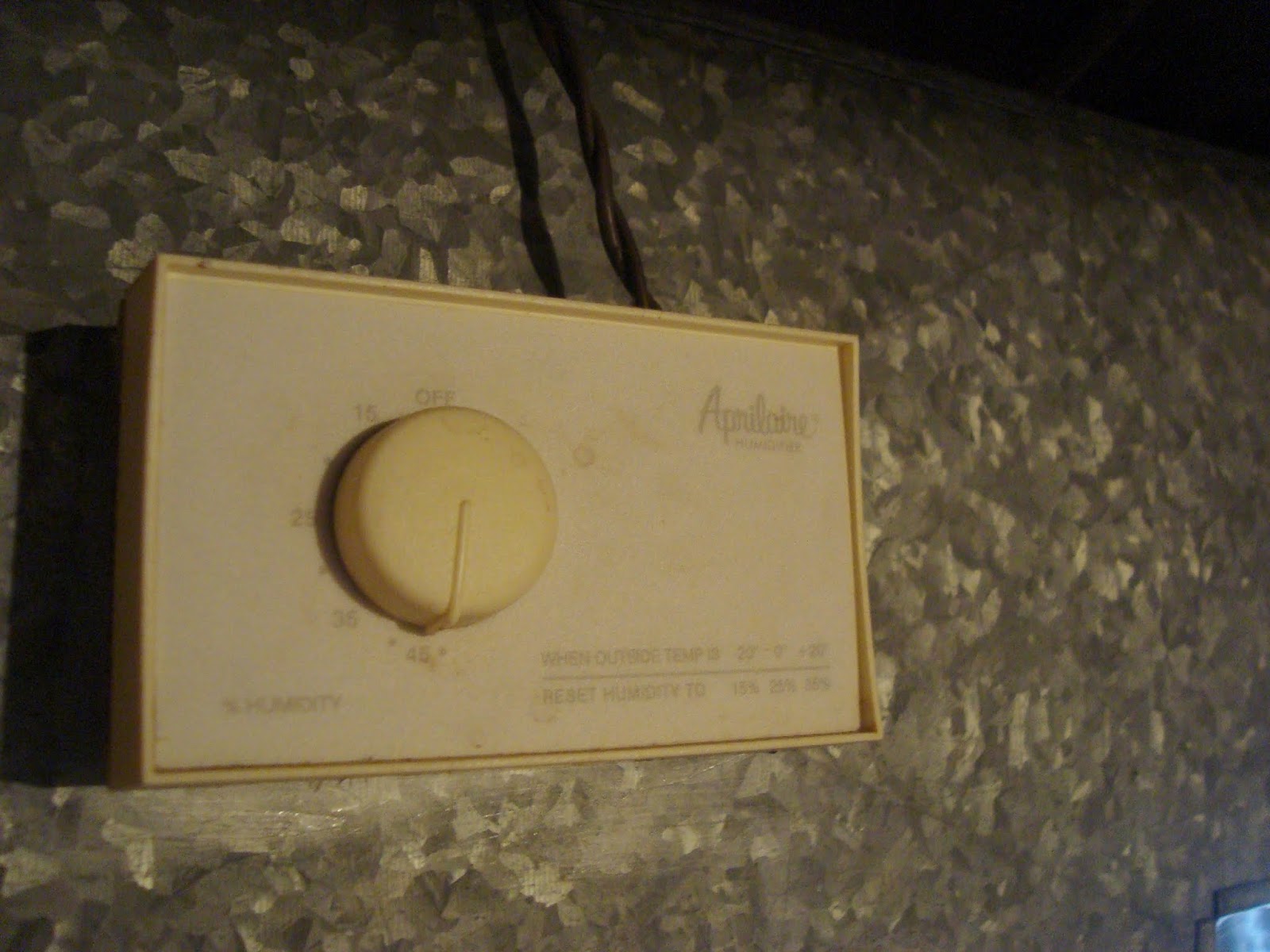 though I had turned on the furnace humidifier in the fall,

I had inexplicably neglected to open the vent that sends air into the humidifier to get humidified. Thus, dry air all winter.

Perhaps this is one of the unsung benefits of the arts, that they reinvigorate long dormant pathways in the brain, and give one the courage, or at least the presence of mind, to wander down into the basement and discover what should have been done four months earlier.

For more on Victor Hugo's views on the sewers of Paris, spoken through the character Jean Valjean, this Mount Holyoke website catches some of it. Hugo "saw the sewers of Paris as the "conscience of the city" and "lamented what he saw as a waste of valuable resources in the sewers; he advocated the use of sewage as fertilizer."

Princeton spends upwards of half a million dollars each year on natural gas to incinerate the nutrients in its sewage and send them off to a landfill. The musical about the people of Princeton rising up to end this tragic squandering of resources has yet to be written, the composer being currently preoccupied with getting his furnace humidifier to work before it's time to turn it off in the spring.
Posted by Steve Hiltner