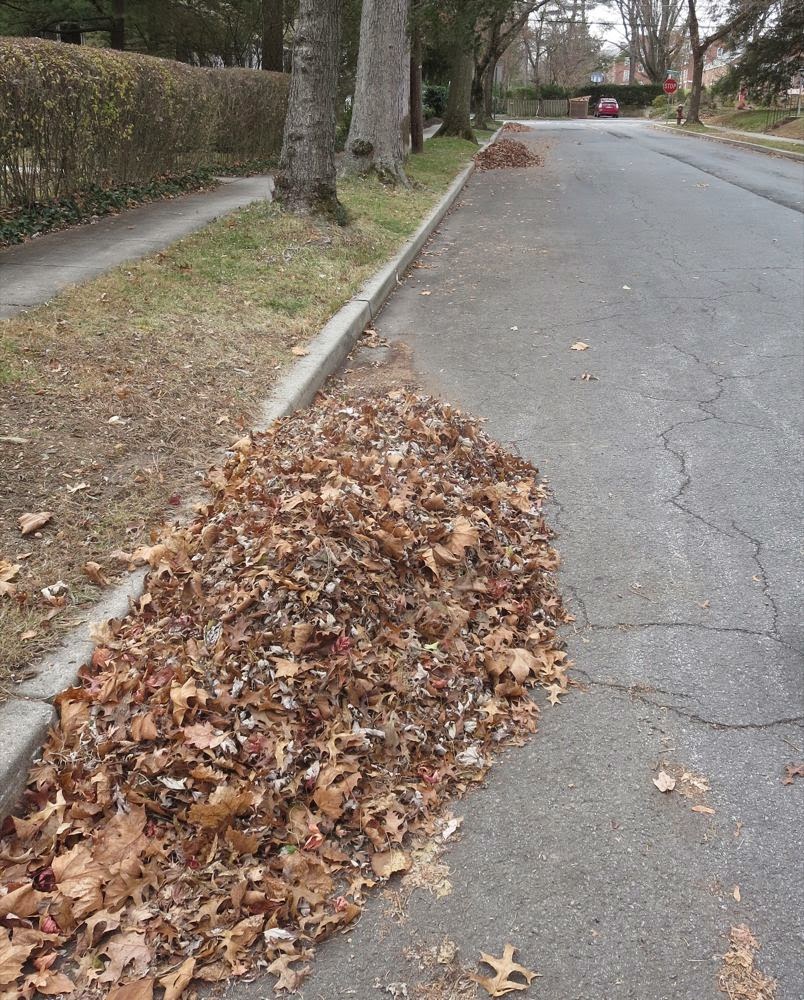 Though we're still waiting on numbers, it's likely that Princeton spends over a million dollars per year cleaning up and composting the vegetation people throw in the streets. The problem has increased since consolidation, as the traditionally intense collection of loose leaves, yardwaste and brush in the borough has spread to the township. As more and more public works staff are sent chasing after these endless dumpings, more of the town's work either gets neglected or contracted out at additional expense.

90% of these loose dumpings throughout the year could easily and conveniently be containerized, with great benefits for efficiency, safety, convenience, and cleanliness. Late fall, when trees such as pin oaks are dropping their last leaves, is an excellent example. The three leaf piles extending along this side of the block in this photo 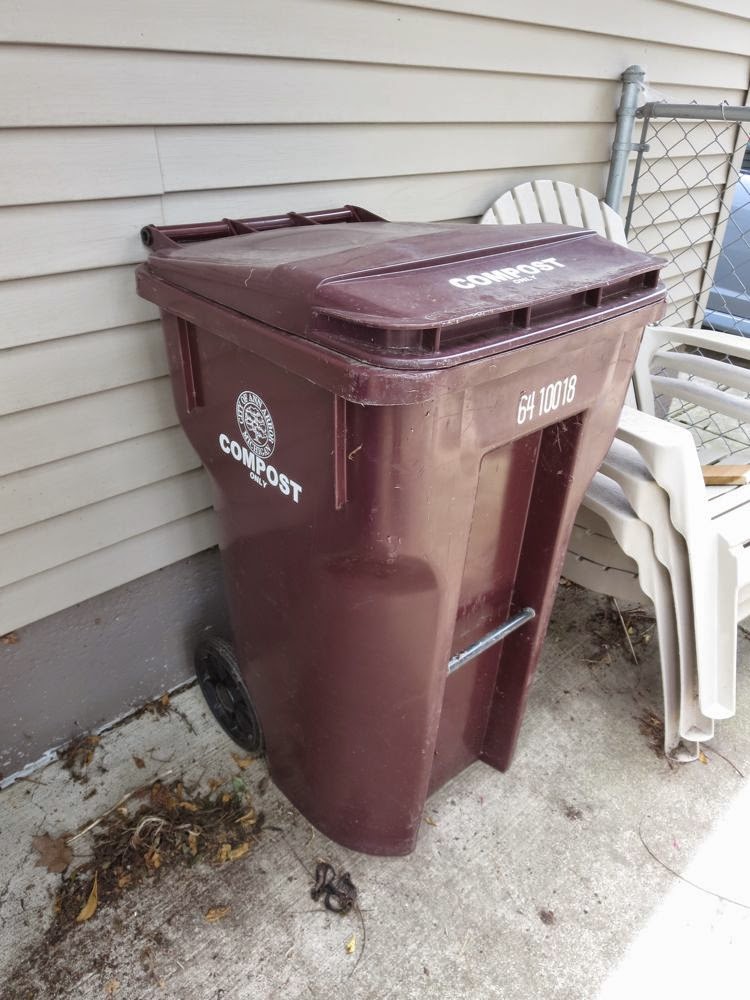 could each fit easily in a large yardwaste bin (like the green foodwaste bins but larger). If each participating resident had a yardwaste bin, this street would be clean, with bins rolled out to the curb just one day a week for collection. The street would also be clean during spring and summer months when people could be containerizing their small amounts of yardwaste rather than putting them loose on the street. We containerize our trash, our recyclables, and our sewage. And we can easily containerize the great majority of yardwaste generated year-round. 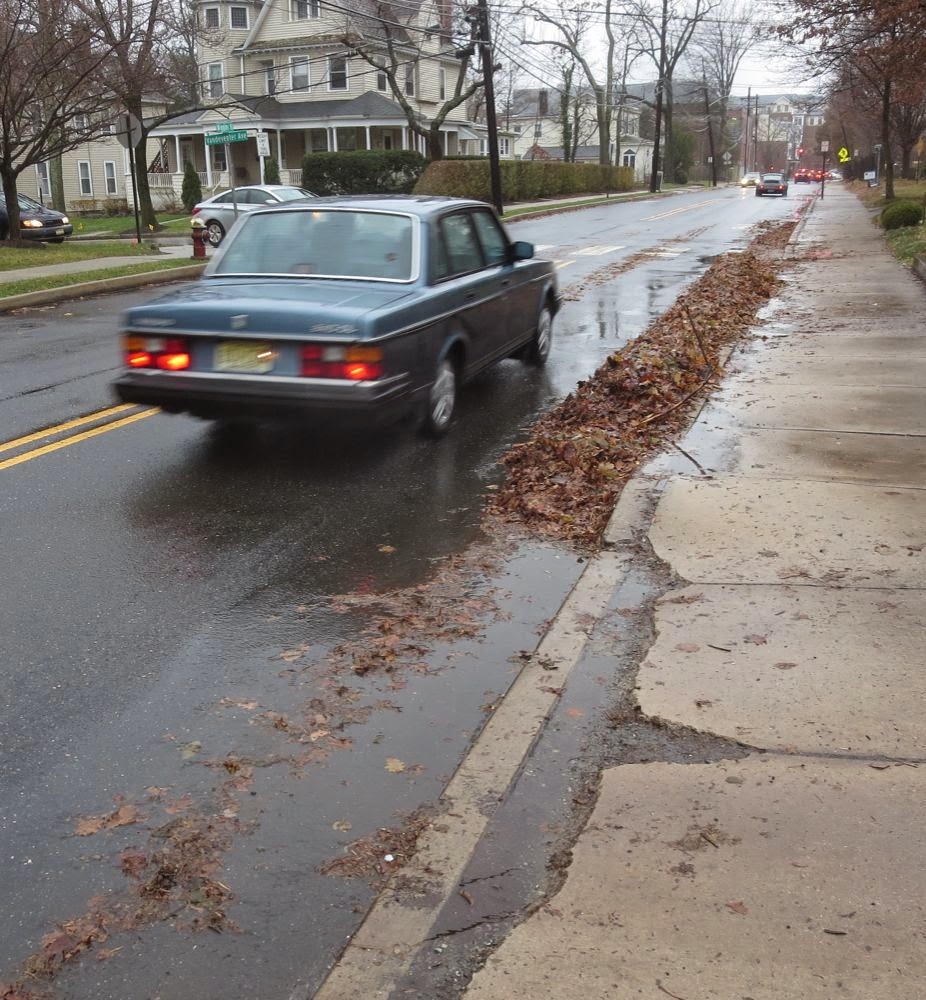 Here's another example--busy Wiggins Street, leaves sopping wet, the cars spreading the leaves a block in either direction on their tires. A big, soggy mess, bleeding nutrients into local streams, speeding the eutrophication of Carnegie Lake. And very little room on the narrow street for any piling of leaves. Far better for these leaves to have been stuffed in a yardwaste bin that could be rolled out to the curb once a week for pickup. 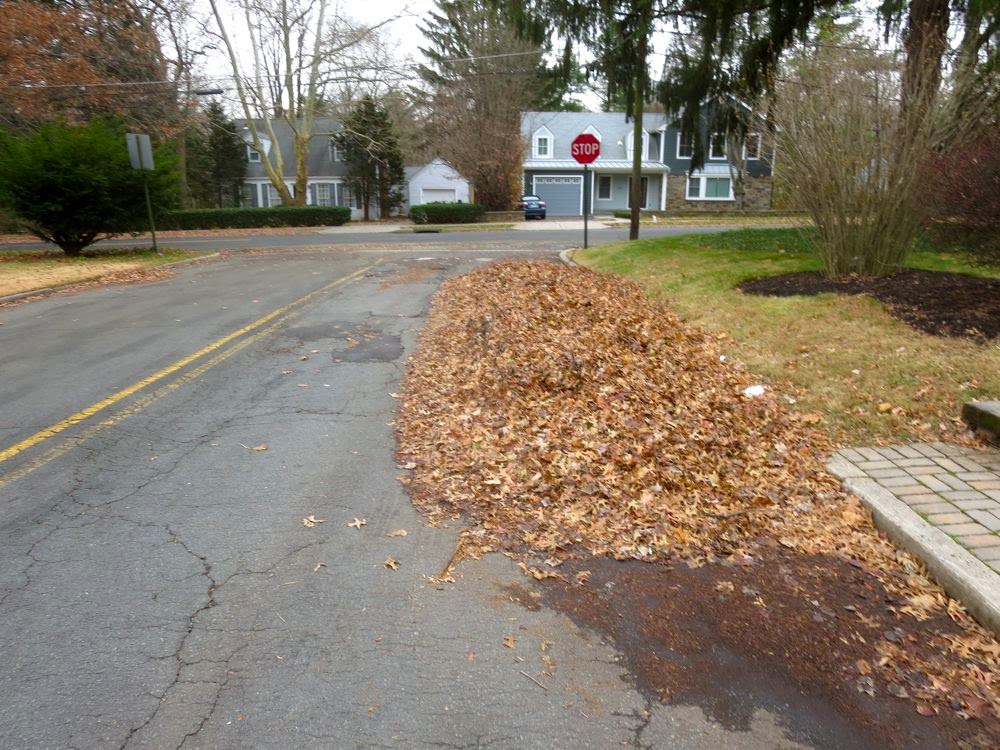 Another example, on Stanley. Most or all of these leaves could have been ground up by a mulching mower and either left on the lawn or used as mulch. Any extra could be put in the yardwaste bin, so we don't need to look at or drive around this illegally large pile for two weeks. 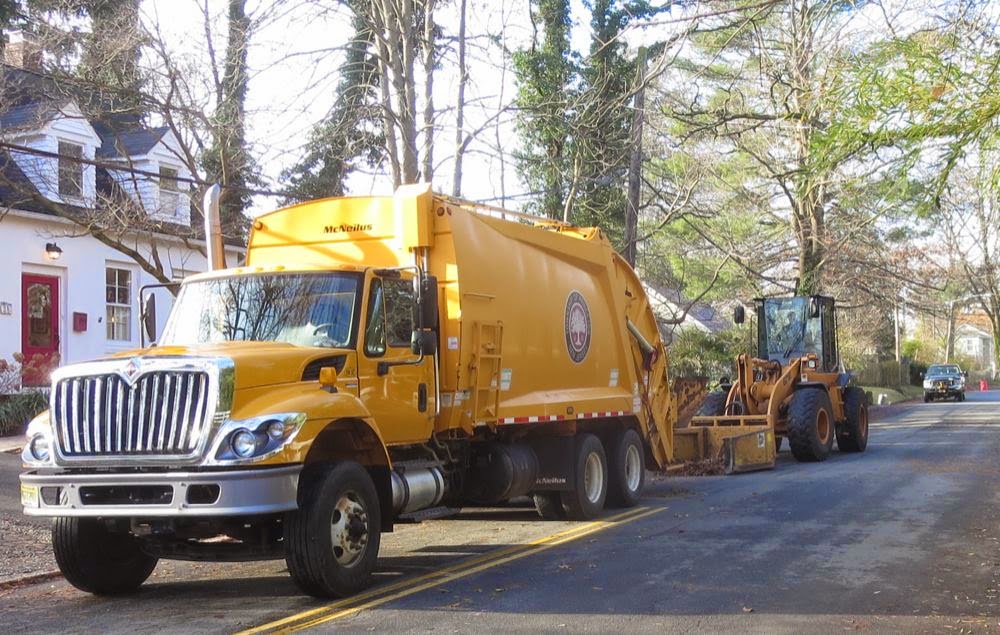 Tremendous increases in efficiency will be gained when this caravan of four vehicles (two garbage trucks, the "Claw", and the pickup truck way in the back that accompanies them for safety on busy streets) is reduced to one vehicle with two personnel--one to drive, and one to roll the yardwaste bins to a lifting hook fitted on the back of the truck. It's been done to good effect in other cities, and our streets and budget are begging for a similar fix in Princeton.