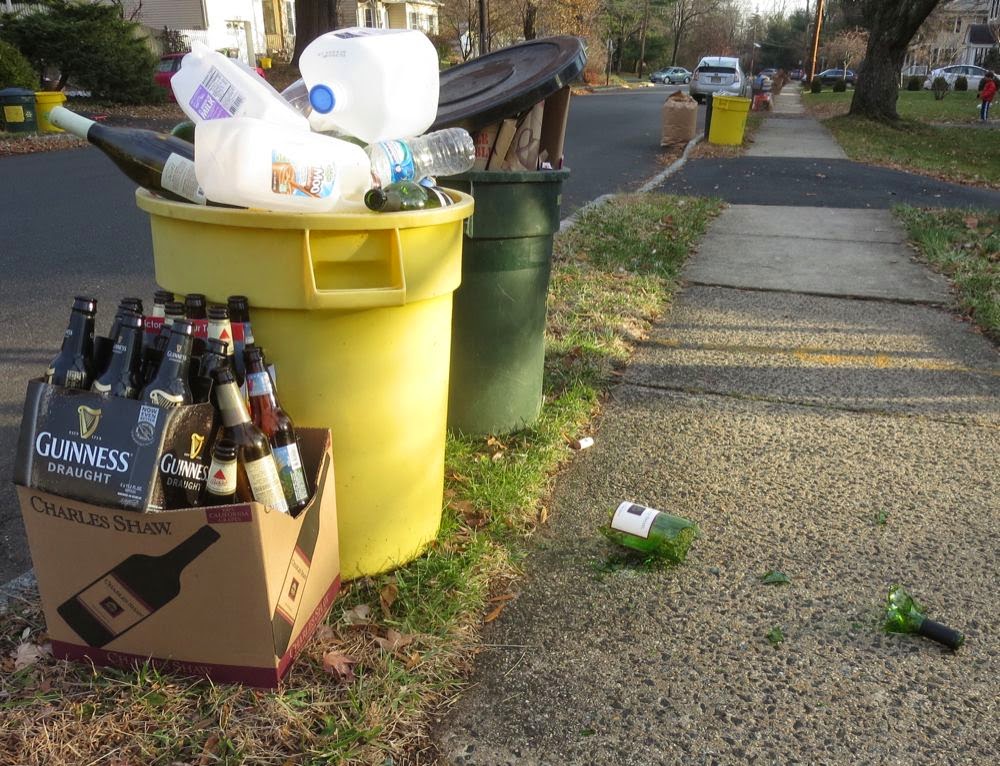 People tend to accept the status quo without thinking much about how things could be better. Broken glass in the sidewalk? Nine out of ten people would step around it and be on their way. Maybe ninety nine out of a hundred. I've seen this phenomenon when a fallen branch blocks a sidewalk near an elementary school. Rather than simply pick the branch up and move it out of the way, parents and kids would walk around it, day after day. The thought somehow doesn't enter the mind that a thirty second intervention would benefit everyone who follows.

When entering a building, however, people feel good about holding the door open for the person coming behind, but that instinct doesn't translate to town streets and sidewalks, where the public space is somebody else's problem.

Even nudging the broken glass out of the way doesn't get to the underlying dilemma. Though a town cannot act singlehandedly to change the ubiquity of single-use containers, it could at least acknowledge that the recycling bins are too small. (The overfilling makes it more likely that hurried crews will spill this or that bit of plastic in the street while carrying the recyclables to the truck. Rain then sweeps that litter into the storm drain system, which connects to waterways, and Princeton becomes a contributor to plastics pollution in the ocean.) 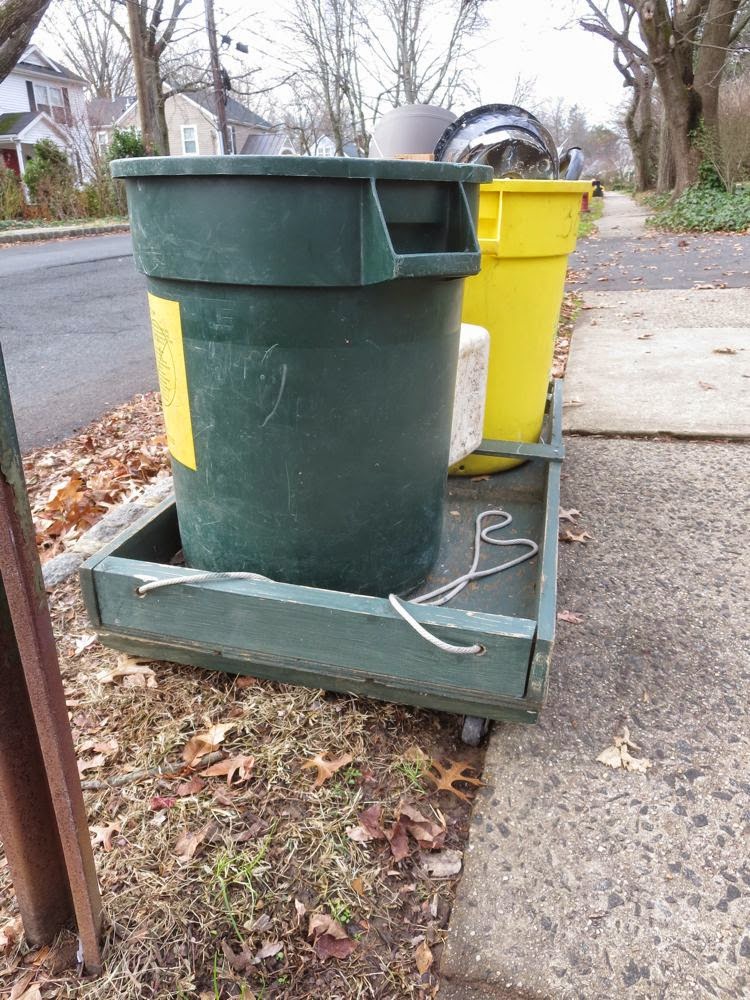 They also tip over easily in the wind, scattering their contents on the street and rolling out into traffic. And they lack wheels. Here, someone who doesn't savor lugging the containers out to the curb has made a little cart. Cute, and functional enough, but the amazing thing is that, beyond the borders of our one-town planet, recycling bins have evolved. They have wheels! And lids to keep the papers from getting soggy! And just one holds more recyclables than two of the 35 gallon plastic buckets we currently use. (This photo's from a town in the midwest, where they have a rollout bin for trash, one for recyclables, and one for yardwaste, and the streets are clean.) 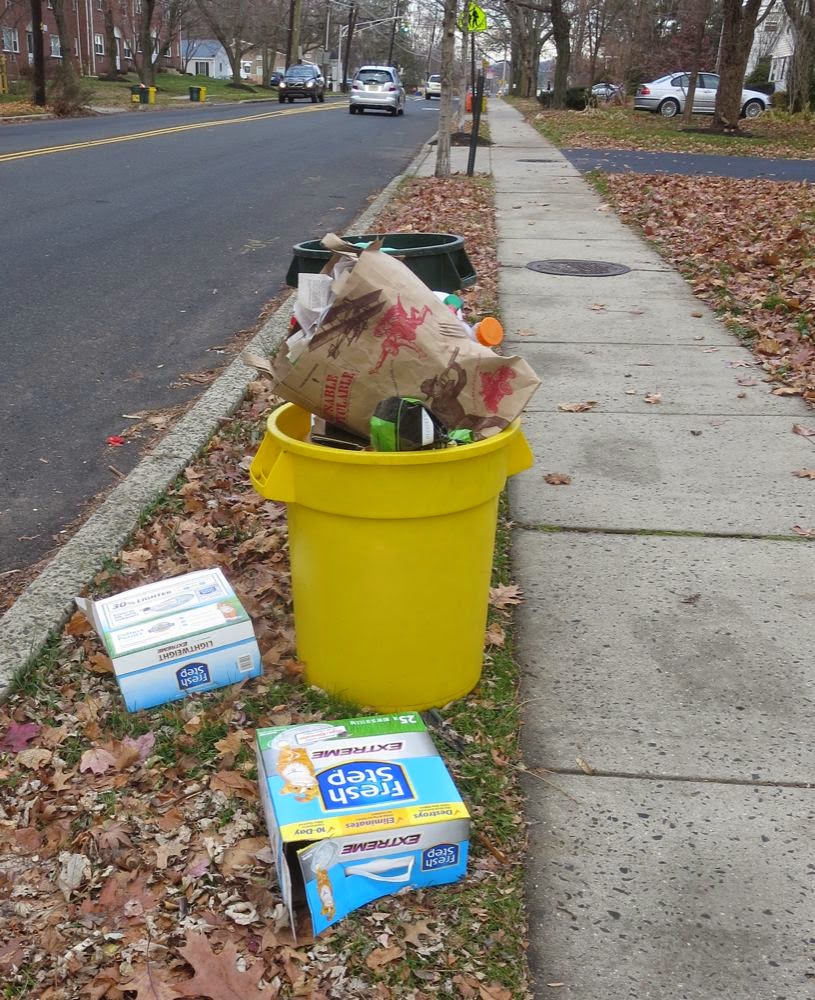 But actually, Princeton uses the county recycling program, so any change would involve either pulling out of the county program, or getting the county to update their approach. Meanwhile, as we carry today into an indefinite string of tomorrows, our psyches are well-armed to tolerate small, repetitive annoyances, and our shoes will protect us from broken glass.